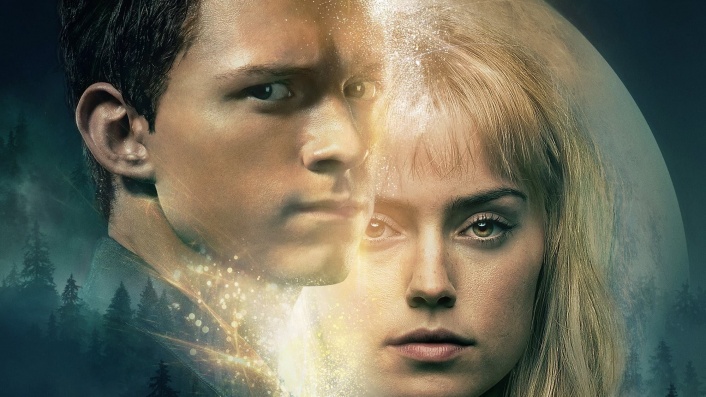 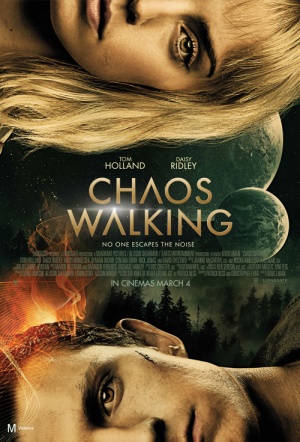 Tom Holland and Daisy Ridley star in this dystopian sci-fi adapted from co-writer Patrick Ness's novel, set in a world where there are no more women and people can hear each other's thoughts.

Todd (Holland) has been brought up to believe that the Spackle released a germ that killed all the women and unleashed Noise on the remaining men. After discovering a patch of silence, his surrogate parents warn him that he has to run, leaving him with only a map of New World and a message... He soon discovers the source of the silence: a girl, named Viola (Ridley). The two then must hurry to warn an incoming ship of settlers as Mayor Prentiss (Mads Mikkelsen, Rogue One: A Star Wars Story) prepares an army for war.

Sunk by the nearly unwatchable and unlistenable execution of the main premise.

A mess of contradictions that fails to live up to its own potential.

Doug Liman delivers action with a high-concept hook that quickly wears out its welcome.

Aside from being annoying, depressing and repulsive, "Chaos Walking" has a lot going for it.

As far as pandemic releases from director Doug Liman go, Chaos Walking definitely has a more interesting premise than Locked Down.

Tom Holland and Daisy Ridley could have been a compelling duo, but they aren't supported by a creative team that can get on the same page about what the focus of the movie should be.

Sound and fury signifying nothing interesting.