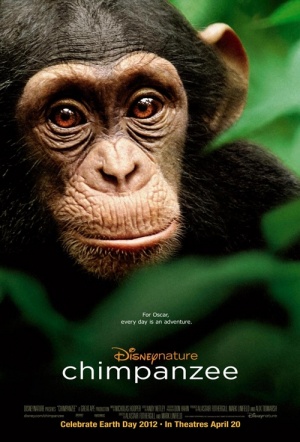 Disney nature doco following a Chimpanzee named Oscar, an orphan taken in by an adult chimp. Set in the luscious Ivory Coast and Ugandan rain forests.

The movie is helmed by the same film crew responsible for Disney's line of other successful 'in the wild' documentaries, such as Earth and African Cats.

"Oscar's playful curiosity and zest for discovery showcase the intelligence and ingenuity of some of the most extraordinary personalities in the animal kingdom. Working together, Oscar's chimpanzee family - including his mom and the group's savvy leader - navigates the complex territory of the forest." (Official Synopsis)