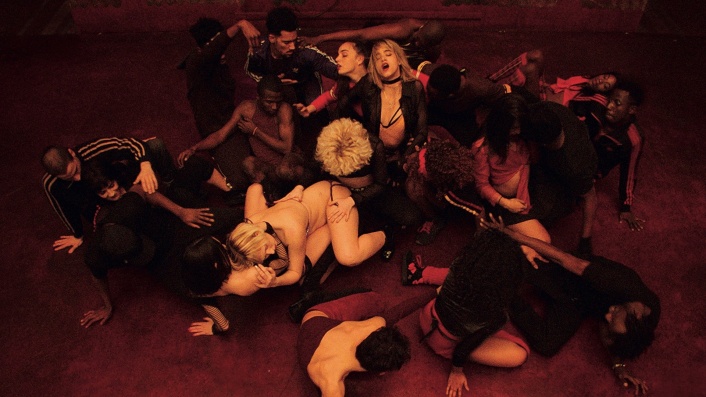 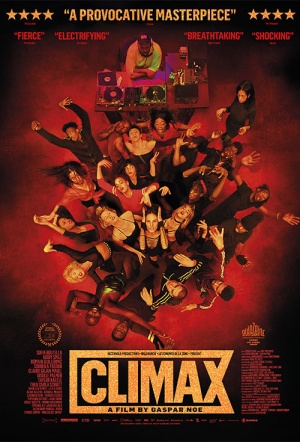 "Climax is reportedly based on the true story of a 1990s dance group whose post-rehearsal party descended into hell, helped by liberal serves of LSD-laced alcohol (it also features an astonishing choreographed sequence set to ’90s electro dance music)." (Sydney Film Festival)

"Climax" works, at least when it's willing to be a human drama. But then it sinks in that you're watching "Fame" directed by the Marquis de Sade with a Steadicam.

Plays something like Pasolini's stomach-churning Salò by way of the old Busby Berkeley extravaganza Gold Diggers of 1933.

Noé is giving us a cinema of sensual outrageousness and excess that makes other films look middleaged and tame.

A blazingly original, extremely disturbing film that's something quite new - a psychotropic street dance movie that turns into an orgiastic horror trip.

Noe has made a film that's seductive in its rhythms and bold visualisation of his young dancers' sometimes beautiful, other times brutal somatic expressiveness.

It is not just great at what it does; it is a provocative masterpiece.

At times you'll be watching in horror, but you'll never look away.