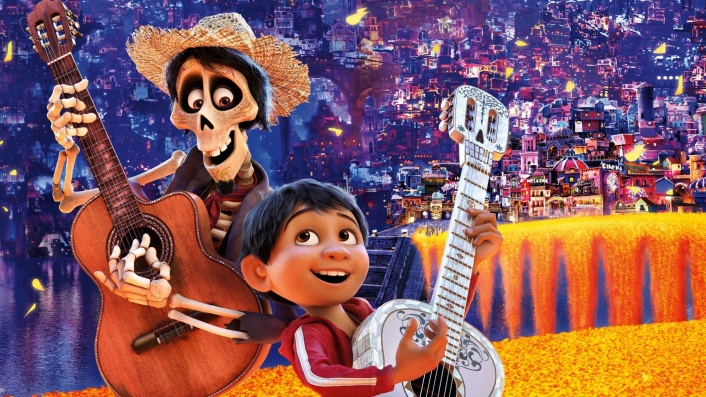 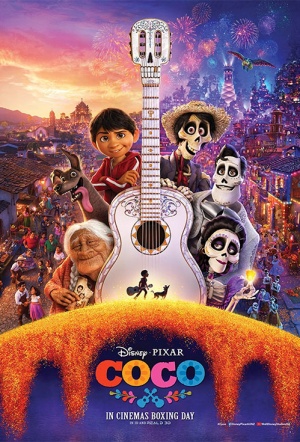 Guillermo del Toro’s The Book of Life may have beaten Pixar to imagining Día de los Muertos (Day of the Dead) as an animated family feature, but its drab love story and spine-cringing cover songs made it very forgettable. Coco is not that film. With Pixar legend Lee Unkrich (Finding Nemo, Toy Story 3) and debutant Adrian Molina at the directing wheel, the studio puts most of its muscle into telling a unique story about music and whakapapa. As a result, they’ve created something unforgettable.

Though the movie drags in places, and features a few too many childish gags...the story’s sincere emotional resolution earns the sobs it’s sure to inspire.

Being dead has never looked as fun as it does in Pixar’s latest adventure, bursting with skeletons, magical spells and Mexico’s annual Day of the Dead.

If "Coco" doesn't quite reach the highest level of Pixar masterpieces, it plays a time-tested tune with captivating originality and flair, and with roving, playful pop-culture erudition.

A rousing, affecting, fun and much-needed return to form after underwhelming Finding Nemo and Cars sequels and will help to ensure that Pixar’s legacy remains intact.

The plot, arguably, comes packed with more complications and psychedelic spirit-critters than it really needs. But you can't blame Pixar's animators for having a field day with the film's imagery...

The script's ghoulish touches and mordant flashes of wit turn out to be its most disarming qualities.