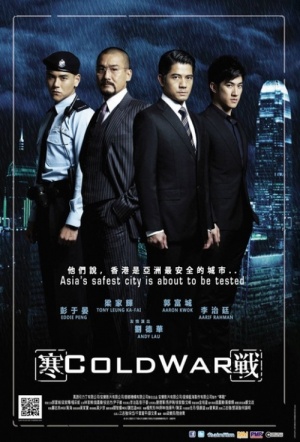 Asian actioner about a group of hijackers who target the Hong Kong police force. Two competing policemen, with conflicting methods, must resolve the situation before it's too late.

The Hong Kong police headquarters receives an anonymous call: a fully-loaded police van carrying the force’s most advanced equipment and five highly-trained officers has disappeared off the grid. The hijackers, steps ahead and possessing direct knowledge of police procedures, issue a list of demands including a large ransom. Rival Deputy Commissioners Sean Lau and Waise Lee fight to take charge of the rescue operation, code named ‘Cold War’, Lau favouring negotiation and Lee an all-out aggressive attack, no matter the cost.