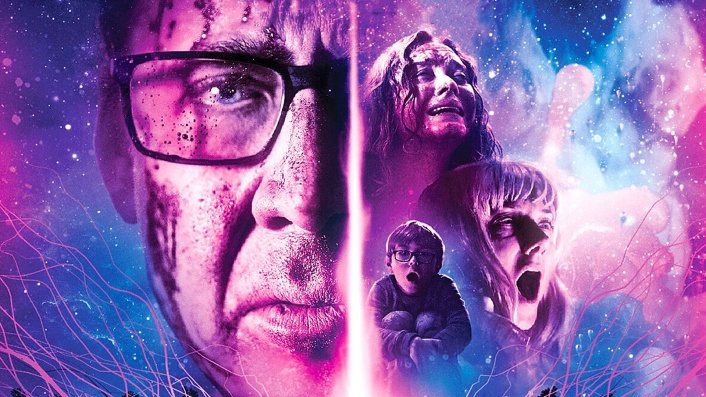 Colour Out of Space 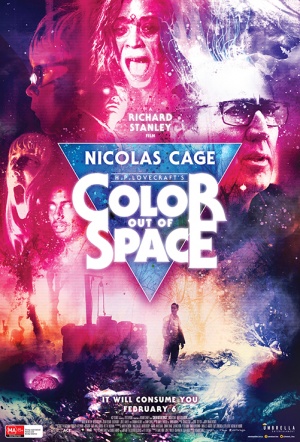 Nicolas Cage stars in this horror, based on a H.P. Lovecraft short story, about a family affected by an alien presence. A crashed meteorite disrupts the new rural lifestyle of the Gardner family and Nathan (Cage) and Theresa (Joely Richardson) begin to suspect the orb is mutating their surroundings. Produced by Elijah Wood and Daniel Noah's Spectrevision.

Director Richard Stanley's 1990 debut Hardware is a cult favourite, but just when he was right on the brink of Hollywood success, Stanley was infamously sacked from The Island of Dr. Moreau, starring Marlon Brando, just one week into shooting. Those events, recounted in 2014 doco Lost Soul: The Doomed Journey of Richard Stanley’s Island of Dr. Moreau, put a dampener on Stanley's career. Colour Out of Space is his first narrative feature since then—and has already been welcomed with the Best Picture horror award at Fantastic Fest 2019.

Colour Out of Space / Reviews

Of course, it's true drawcard is Cage. Fresh from his latest career comeback in 2018's Mandy, here we once again get a performance of two halves. They're perhaps not as extreme as in Panos Cosmatos' phantasmagoric horror, but it's still a lot of fun to see nebbish Nic slip into a full-on Cage rage at the drop of a hat.

Color just can't seem to decide what kind of movie it wants to be; high-end sci-fi or B-grade ham. It's the lovechild of Alex Garland and Ed Wood and a very frustrating experience to boot. I loved it, and I hated it.

Cage in particular is very much in his element, proving his reputation as an undisciplined weirdo is less than deserved. His performance is one long freakout, but a carefully calibrated one, escalating as the situation deteriorates.

It's disorderly fun that sports a directorial personality distinct enough to make one grateful for Stanley's return.

If I tell you that Nicolas Cage's eyeballs will turn into ultraviolet high-beams, then you'll know immediately if you're in or out.

Plenty of filmmakers have put Lovecraft's many-tentacled extraterrestrial creatures onto the screen, but "Color Out of Space" illustrates a hue - and a mood - that's much more abstract.

A well-made, mostly effective slice of cosmic horror cinema, not to mention the welcome return of a director with a fascinating eye, and is well worth a look for genre fans in the mood for something a little different.

Full-bore, glorious B-movie Cage: Cranked up to 11, spattered with gore and bellowing about alpacas.

Color Out of Space more than just a great Lovecraft adaptation - its existence is one of the year's most satisfying (and, quite frankly, touching) success stories.