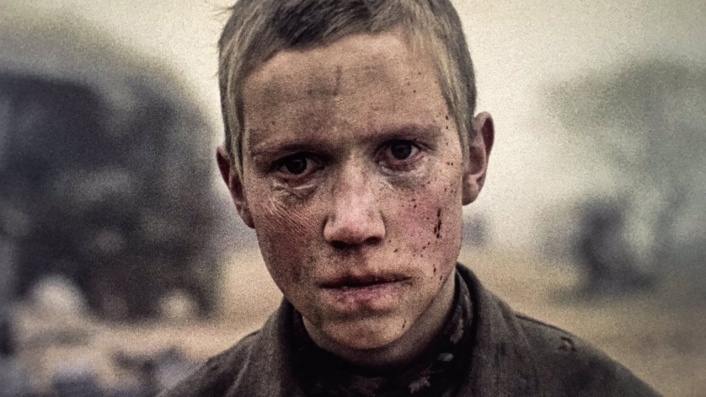 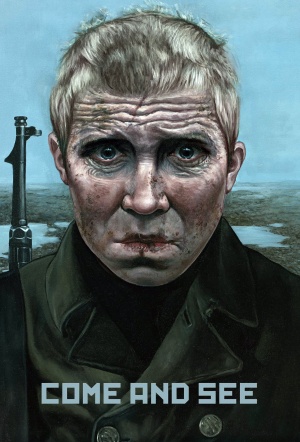 A work of shocking brutality, this unforgiving 1985 war classic from the Soviet Union charts the journey of a young boy who joins the Soviet resistance and experiences the horrors of WWII.

The invasion of a village in Byelorussia by German forces sends young Florya into the forest to join the weary Resistance fighters, against his family's wishes. There he meets a girl, Glasha, who accompanies him back to his village. On returning home, Florya finds his family and fellow peasants massacred. His continued survival amidst the brutal debris of war becomes increasingly nightmarish, a battle between despair and hope.

Come and See sounds like an invitation to a child's game. Nothing could be further from the truth.

Scene for scene, Mr. Klimov proves a master of a sort of unreal realism that seeks to get at events terrible beyond comprehension.

The director has elicited an excellent performance from his central actor Kravchenko.

I have rarely seen a film more ruthless in its depiction of human evil.

It suggests that a war's horrors were the ultimate unassimilable experience of the shadowy depths of the human mind.

This is a film that argues for and thoroughly understands the urgent, present-tense, shifting surreality of war. It is not merely a narrative reimagining of that experience.

"Come and See" is a paradox: a visceral freefall into barbarism, but also a controlled, sometimes contemplative descent.