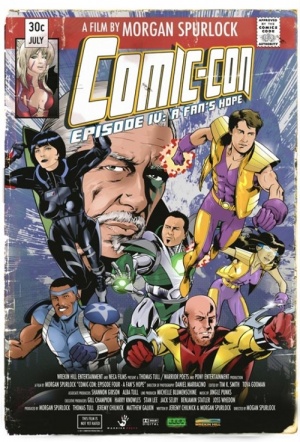 Says Spurlock: "Joining forces with Stan Lee, Joss Whedon, Legendary Pictures founder Thomas Tull and the king of all fan boys, Harry Knowles, we created a geek 'Dream Team' to tell the story of this magical event. We all weighed in with what we thought were the most important pieces of the story, but in the end, it all came back to the fans. The one’s who attend each year, as well as the one’s who live inside each of us.... Comic-Con is not just an event, it’s a state of mind, and this film reinforces why we love it and shows everyone else what they’ve been missing."