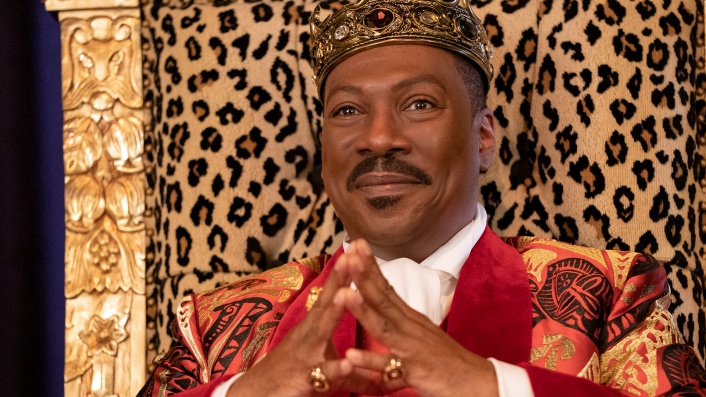 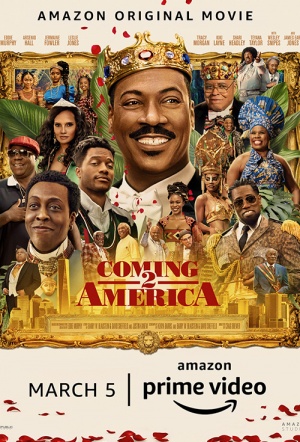 Eddie Murphy reteams with his Dolemite Is My Name director Craig Brewer (and scene-stealing co-stars Arsenio Hall and Wesley Snipes), for the sequel to the 1988 fish-out-of-water romantic comedy.

Akeem (Murphy) returns to New York City to locate his long-lost son (Jermaine Fowler, Sorry to Bother You) and groom him to become the new crown prince of Zamunda. Returning from the original are James Earl Jones, Louie Anderson, Shari Headley and John Amos, while Leslie Jones and Tracy Morgan are among the fresh faces.

A lovingly made exercise in nostalgia that delivers several genuine laughs, even if it never achieves the comedic excellence of its predecessor.

After all these years, the land of Zamunda is still the world capital of comedy.

A genial, mostly inoffensive, sometimes quite funny sequel to a beloved comedy from way back in the 1980s.

Even by the woeful standards of decades-too-late comedy sequels, Coming 2 America is desperate, belabored, and thin.

The movie is basically as tired as Akeem himself.

Eddie Murphy and Arsenio Hall are back in Coming 2 America. It wasn't worth the wait.

It's clearly meant to function as a celebration of the original film's enduring legacy. Fans should just watch that movie again instead.

Includes so many nods to its predecessor that it feels like a feature-length Easter Egg in search of a movie.

Chock full of callbacks, in-jokes, knowing references and replays, Coming 2 America is adamantly, unabashedly one for the fans.

Skillfully and warmly catering to our affection for the past will have to do.

A toothless, fleetingly funny revisit with some moments of greatness yet too much of the same old story to feel fresh.

Coming 2 America is startling in its utter incompetence.

It doesn't feel like the filmmakers wrote a new script so much as they just... rewrote the old script.

Coming 2 America falls back on familiar punchlines, serving up nearly word-for-word repeats of amusing bits from the original.