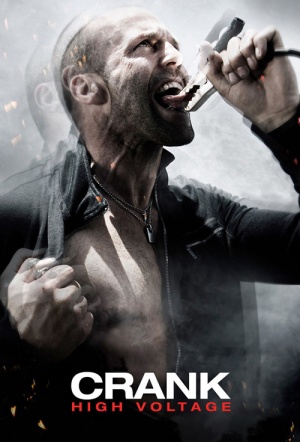 Not everyone has a taste for gun-wielding strippers and Godzilla parodies, but for those who do, Crank High Voltage is like a 1,000-volt shot to the heart.

It's been made with tongue firmly in cheek and is often funny for it.

There is something to offend everyone in this film...

Proof that you can make good movies based on video games, as long as you don't bother making a video game first.

As visually stunning as it is absurdly offensive...

As usual, Statham anchors the proceedings with his simmering charisma and impressive physicality.

It’d be silly to call Crank: High Voltage over the top: The top is so far below that it isn’t even visible.

Statham just looks miserable, as if appearing in this lousy picture just sucked all the heart right out of him.