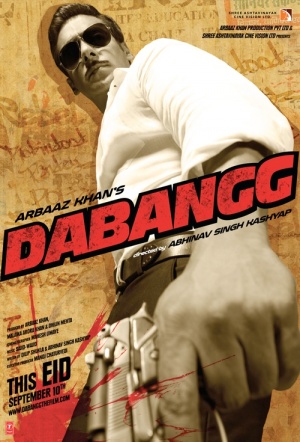 Set in Uttar Pradesh, Dabangg is a Bollywood actioner about a corrupt police officer (Salman Khan) highlighting the flaws and loopholes in the legal system. The film primarily deals with the unlawful practices in the states of UP and Bihar. Also stars Sonakshi Sinha.