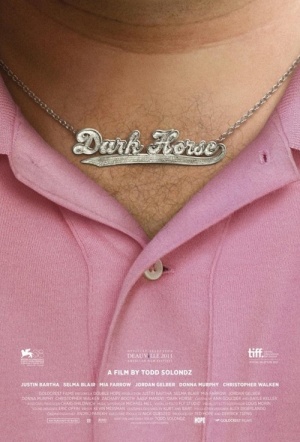 Black comedy from satirist Todd Solondz (Happiness) starring Selma Blair, Christopher Walken and Mia Farrow about a 30-something man-child whose attempts to find love and break free from his parents prove far more harrowing than he initially thought.

"Hearkening back to his breakout feature Welcome to the Dollhouse, Solondz’s latest sets its sights on one unfortunate soul as opposed to an ensemble. Abe (Jordan Gelber) is a lout content to live in his childhood bedroom that’s still adorned with action figures and Simpsons memorabilia... Following an incredibly awkward first date at a Jewish wedding with Miranda (Blair), Abe's persistence pays off when she agrees to go on another date and, even more miraculously, accepts his out-of-the-blue marriage proposal. But just as things are beginning to come together for Abe, Miranda lets him in on a little secret and his life quickly spirals out of control." (Toronto Film Festival 2012)