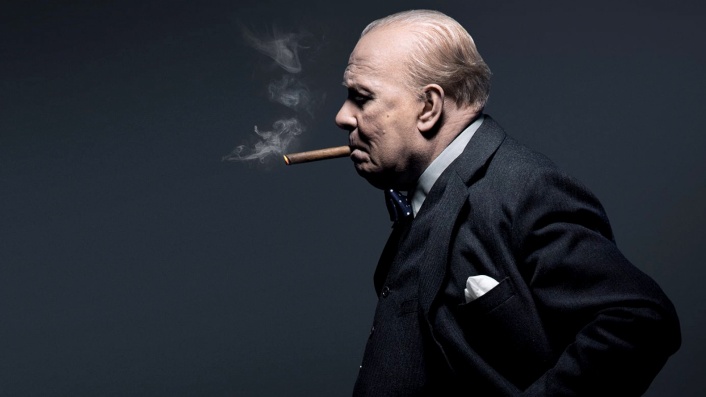 After the disappointingly dull film Churchill, in which Brian Cox portrayed Britain’s famed Prime Minister, and Christopher Nolan’s superb, but politician free, Dunkirk, it’s refreshing to see a movie that both portrays Churchill in a fascinating light, and tells the tale of how the Allies came perilously close to losing to Hitler’s advancing troops in 1940.

With the majority of the professional British army trapped on the beaches of Dunkirk, it looked like all was lost, before a desperate gamble to divert the enemy (at terrible cost), whilst evacuating Dunkirk using civilian craft paid off.

As Churchill, Gary Oldman is transformed by superb prosthetic make-up and bravura acting chops into the alcohol sodden, cigar chomping statesman, as he rises to the role of Prime Minister, taking on enemies both in his own cabinet and abroad and facing self-doubt and uncertainty.

Egged on by his wife, Clementine (a superb portrayal by Kirsten Scott Thomas), the narrative and focus on a leading actor encased in prosthetics brings to mind Anthony Hopkins and Helen Mirren in Hitchcock, in which a famed man is bolstered behind the scenes by a powerful wife.

Scripted by Kiwi Anthony McCarten, Darkest Hour sees director Joe Wright return to the war drama that made his name. His film Atonement was superb, and the director has yet to equal its achievements. In Darkest Hour, Wright keeps his camera reigned in, shooting an intense personal drama, that feels more theatrical than cinematic.

There are a couple of extravagant shots thrown in, as the camera rises from a single face up and up, through the clouds, revealing the devastation of war beneath, but these sudden cinematic flares seem out of place in what amounts to a chamber piece, more akin to German drama Downfall (the brilliant tale of Hitler’s last days), than the sweeping scale of Nolan’s recent Dunkirk.

The supporting cast are excellent, especially Ben Mendelsohn as King George, in yet another example of what a brilliant, chameleon of an actor he is. Seriously, from Killing Them Softly to Star Wars: Rogue One and now Darkest Hour, Mendelsohn might just be the greatest character actor alive today.

As to whether the central protagonist survives his personal darkest hour, with a King and nation sceptical as to his suitability to lead the country, his own party plotting to unseat him, Hitler’s advancing army, and his own self-doubt, well no spoilers here, but… D’uh!

A very enjoyable film, centred on a brilliant performance by Gary Oldman, with a cracking script featuring some brilliant dialogue, and a wonderfully over-the-top scene on the London Underground, in which Winston rides with the common folk and learns the true nature of British “pluck”.

If you loathe British movies heaping praise on British wartime heroes then Darkest Hour won’t change your mind, but if you saw Dunkirk and want to know what went on behind the scenes in London amongst the politicians and royalty, this fills in all those gaps purposely left in Nolan’s narrative.

At the end of the day, as a lifelong Oldman fan – from prick Up Your Ears through Leon to Tinker, Tailor – Gary alone is worth the price of admission. 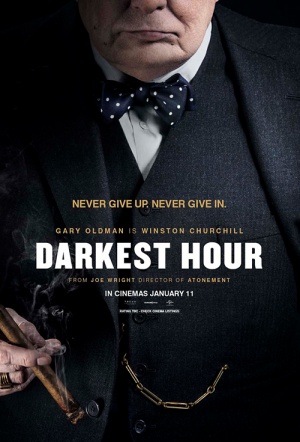