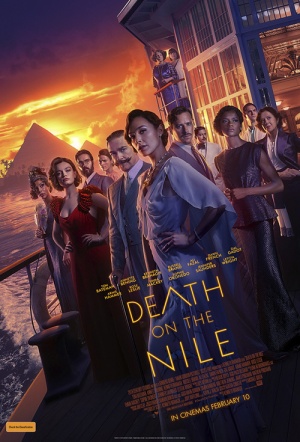 Kenneth Branagh helms this adaptation of the steamboat-set Agatha Christie whodunit, a follow-up to his 2017 film Murder on the Orient Express, with an all-star cast including himself, Armie Hammer, Gal Gadot, Annette Bening, Dawn French, Jennifer Saunders and Russell Brand.

A young heiress on her honeymoon aboard a river steamer has been murdered - and everyone on board is now a suspect. For Detective Hercule Poirot (Branagh), what started as an Egyptian holiday adventure abruptly descends into a frantic search for a murderer.