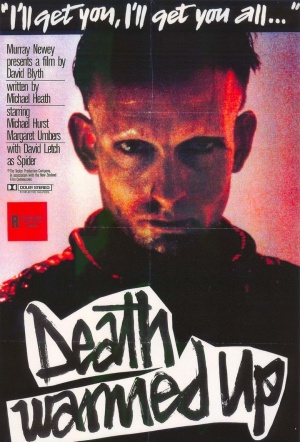 Michael Hurst is out for revenge against a mad scientist that caused him to kill his parents as a child in this NZ sci-fi horror.

As a child, Michael Tucker (Hurst) was used a test subject for mind control drugs developed by evil scientist Dr. Howell. The drugs caused him to murder his parents and he then spent the rest of his youth in a mental institution. After his release, Michael and his friends set off on a road trip to a remote island on which the evil Dr. Howell lives. Once there, Michael attempts to infiltrate Howell's base and get his revenge.