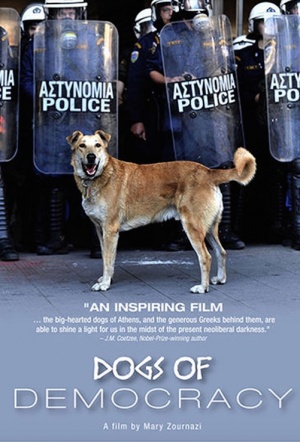 Documentary on the stray dogs of Athens and the people who take care of them from Greek-Australian philosopher and filmmaker Mary Zournazi.

"Arriving in Athens for the first time, Zournazi finds a city in chaos where riots and teargas were becoming part of the everyday. But, among it all, there was one constant that showed the true heart of its people – the dogs. An inescapable part of the landscape, Athens’ dogs are cared for by those with only just enough for themselves – volunteers, homeless people, community groups and passers-by. Amid all the disorder and confusion, these dogs of democracy are bringing the Greek people together again." (Greek Film Festival)