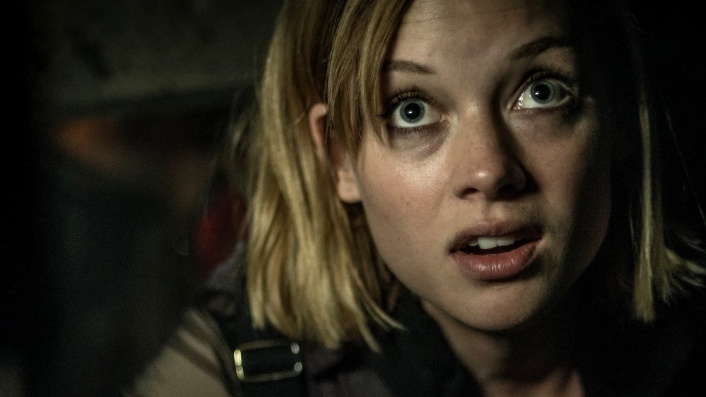 Spoiler Alert! I reveal some fairly minor plot-points about Don’t Breathe below – nothing big, but if you want to go into the film completely blind (heh-heh) turn back now…

Don’t Breathe is a skilfully-made little thriller that gets a lot of things right that many modern thrillers tend to get wrong. It has a happy emphasis on suspense over gore, a clear sense of the geography of the space in which the action is unfolding and a director with the ability to clearly convey what is happening at all times. It totally commits to its loony premise, and in the final act goes boldly into some extremely nasty corners with memorable results. Theoretically, every individual piece is well-designed, finely crafted and slots neatly into the correct slot.

I’ve been trying to puzzle it out for nearly a day now, but there’s not really a solid answer. Ultimately, we all respond to horror instinctively (just as we do with comedy) and trying to explain or intellectualise your response, or lack of response, can often be a fool’s errand, especially when you’re grappling with a film as ostensibly well-crafted as this one. If I had to guess, though (hey, I have to write something, don’t I?) I’d say that it’s the plethora of little weaknesses, annoyingly lurking in between the big strengths, which loosen the film’s grip. Each one leaks a teensy bit of air out of a premise which needs to be air-tight to generate the kind of white-knuckle thrills it’s aiming for. My experience of watching Don’t Breathe wasn’t quite the death of a thousand cuts, but it was definitely the slow deflation of a dozen pin-pricks.

Why, for example, should we be rooting for a gang of house-breakers who have targeted the home of a blind person? There’s some token lip service paid to one burglar’s motivational back-story, but it’s pretty weightless. Instead the film deploys what I term as the “Steven-Seagal-Villain-Syndrome”, upping the grotesqueness of the villain to compensate for weakly conceived heroes. It’s generally a self-defeating gambit, and so it proves here. I wasn’t invested in whether our “heroes” succeeded or not, so I became merely a detached observer of the fun and games.

And why doesn’t the movie commit more fully to the black comedy inherent in its ludicrous premise? There’s a plethora of repellent grace notes (a hair laced through a beaker of plot-important fluid is one gag-inducing detail) and one sequence involving a dog and an air vent that openly recalls Wes Craven’s more overtly comedic home-invasion inversion The People Under the Stairs. But there’s no sustained sense of deliberate, pervasive black comedy – I was unable to figure out whether the director was in on the joke, or whether the film had slithered its way out of his grasp and into the realm of unintentional camp. Now, I might be completely wrong on this point, and maybe I was giggling in all the places I was supposed to, but even if Don’t Breathe is intended to be blackly comic (Sam Raimi produced the thing after all), then the jokes are buried way too deep in the mix, drowned by the film’s sleazy odour and dour atmosphere. The tone isn’t quite right.

And that’s without going into the slack plotting. I’m not going to nitpick all the little details that just don’t add up since they’re generally minor, but they’re also things I wouldn’t have noticed or questioned if the film had had me in its grip. Questioning the viability of the basement's floor area is the last thing I should have been doing during the film's night-vision stalking centrepiece.

Now, I should emphasise that I still had a reasonably good time watching Don’t Breathe on the level of genre craft alone, and if it looks like the sort of thing you’d enjoy, I’d recommend it and hope that it delivers you the primal gut-punch that it didn’t have for me. But it’s a very marginal recommendation. To clumsily base a metaphor on one of the movie’s better-drawn characters, what we have here is the movie equivalent of a well-trained attack dog – vicious, muscular, energetic, shrewd and eager to sink its teeth in – but suffering a bad case of lockjaw. No matter how hard it strains and snarls, it just can’t clamp those teeth down.
0 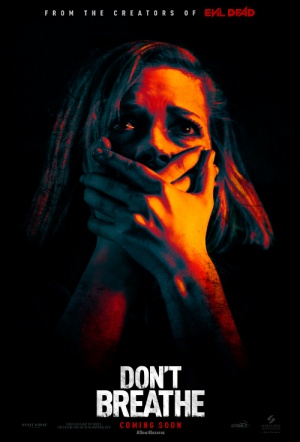