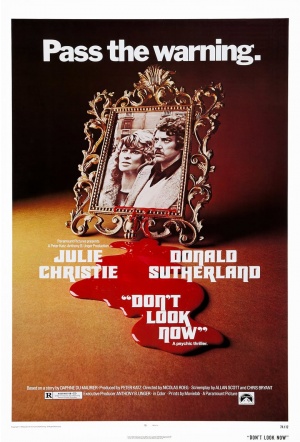 Donald Sutherland and Julie Christie star in this classic occult thriller by Nicolas Roeg. A grieving couple recovering from the death of their daughter travel to Venice where they experience mysterious occurences suggesting she may be alive. Based on the short story of the same name by Daphne du Maurier.

John (Sutherland) and his grief-stricken wife Laura (Christie) go to Venice when John accepts a commission to restore an ancient church. There Laura spends time with sisters who claim to have psychic powers, John catches glimpses of a figure he believes to be his daughter, and a serial killer stalks the city. As strange phenomena continue to occur, John struggles to comprehend what is taking place.