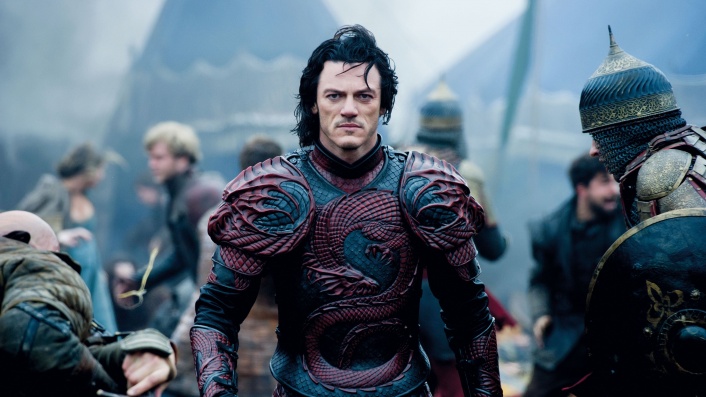 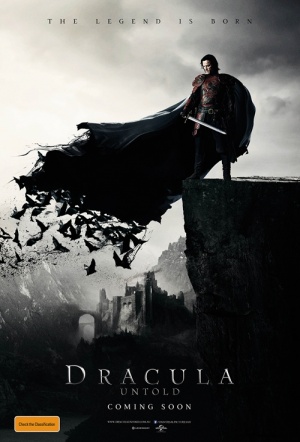 Drama-fantasy that combines the mythology of Dracula with the true story of a 15th century Romanian Prince - Vlad the Impaler. With his kingdom under threat from Sultan Mehmed II, who demands 1,000 men for his army including the ruler's son, Transylvanian prince Vlad III Țepeș (Luke Evans, Immortals) searches for mystical power to defeat the Sultan. This power comes at a price: transformation into the legendary Dracula.

If Dracula Untold is meant to be the first one out of the gate for the planned rebooting of the Universal Monsters franchise, I for one am not going to be clamouring for more. Set in the 15th Century, it’s a stodgy, visually drab, instantly forgettable reworking of Bram Stoker’s novel in the action-centred Underworld/I, Frankenstein vein, with Fast and Furious 6 villain Luke Evans starring as Drac, a Transylvanian prince who makes a pact with a cave-dwelling demon (Charles Dance) for some handy dark magic to protect his family and people against the evil clutches of Turk Sultan Mehmed II (Dominic Cooper).

Suggests someone must have looked at every previous version of the material and thought: "You know what? Dracula needs to be more likeable".

You’d be hard pressed to identify with any previous version of Dracula.

This misconceived project mainly signals a need to go back to the drawing board. Dracula Untold is available to stream in New Zealand now on Netflix and Google Play and Apple TV.