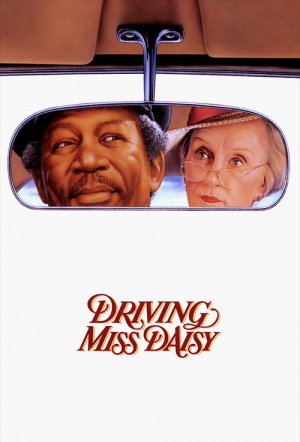 Multi- award-winning drama tells the story of an old Jewish widow named Daisy Werthan (Tandy) and her relationship with her African American chauffeur Hoke (Freeman). Beginning as reluctant acquaintances, over 25 years their relationship blossoms into a strong friendship - and at a time when such relationships were sternly frowned upon.

Far too cosy to serve as an effective social or political metaphor; better to regard it as a solid ensemble piece.

There is an exhilarating, singularly theatrical lightness of touch that is often lost when these settings are made manifest in a movie.

This is Tandy's finest two hours onscreen in a film career that goes back to 1932.

Driving Miss Daisy is a film of great love and patience, telling a story that takes 25 years to unfold, exploring its characters as few films take the time to do.

Freeman and Tandy have their own performer's pride, and that transfers to their characters. Tandy, in particular, is almost astringent in her denial of easy emotion.