Saw this one on its premier night at the Civic with the director in tow receiving accolades before the screening, with high expectations given his cute and quirky Two Cars, One Night (that requires several viewings to get sub-strata)....
The potential was enormous but right from the outset, it was clear that this was going to be a let down. Jermaine Clement as the main geek made the most of his role and managed to raise a few wry smiles (too far and few between). Loren Horsley was miscast as the Girl Geek, not really convincing me Geek was really in her genes (as did Clement more somewhat). Speaking in a monotone does not make for an authentic geek either.
The biggest let down was the poor script. It all seemed a big build up for nothing (geek seeks revenge on school bully)...with very little direction. No big message in there...no substance, just shifty sleeping bags tricks with the camera, that failed to impress.
Would have been great as a short film as it went on too long going nowhere fast.
Will probably be too in-house to be a hit for overseas cinema goers.
NZ comedy film has not arrived yet...No wonder people left the Civic in droves after the screening, with the director appearing peeved and worried.
We expected better. 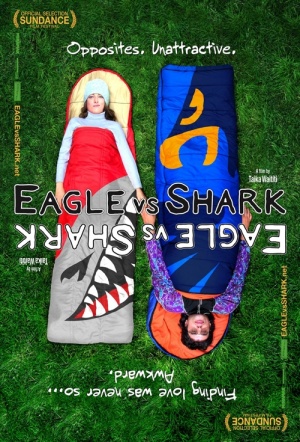