Action-a-plenty, Edge of tomorrow delivers a mans helping of brutal alien slaying and futuristic exoskeleton menacing. You can be excused from seeing glimmers of the movies the other reviewers have mentioned above, and then some but this was never going to be an original idea...I mean it stars Tom Cruse and was made for the American movie market. But what it lacks in originality it more than makes up for in mindless action.

Given the above it looses points but holds a steady 3/5 from me. 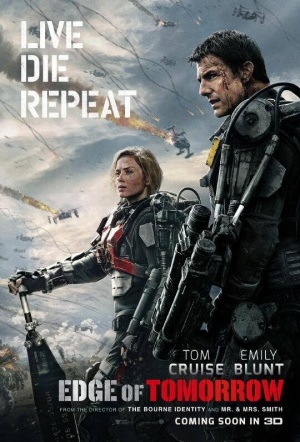