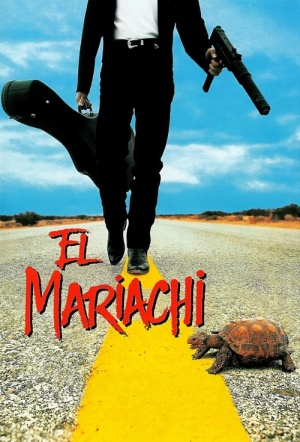 The first film by Robert Rodriguez (who would go onto to direct Sin City and From Dusk Till Dawn). El Mariachi just wants to play his guitar and carry on the family tradition. Unfortunately, the town he tries to find work in has another visitor - a killer who carries his guns in a guitar case.

When a drug lord and his henchmen mistake El Mariachi for the killer, he is forced to fight for his life.