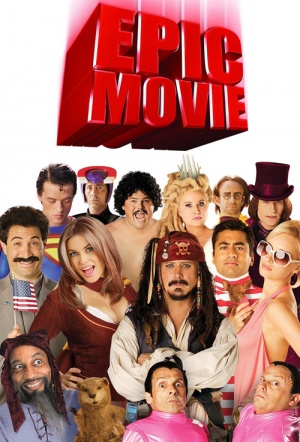 Sproof drawing on many a recent epic including: The Chronicles of Narnia, Willy Wonka & the Chocolate Factory, Superman, The Da Vinci Code.

Four orphans (including Kal Penn, Kumar from Harold & Kumar) win golden tickets for an adventure that takes them from Wonka's factory, through a wardrobe and into the land of Narnia. There, the orphans must ready themselves to fight with Aslo (Fred Willard), a half-lion, against The White Bitch (Jennifer Coolidge), and fulfill a prophecy that sees them as future rulers of the land.