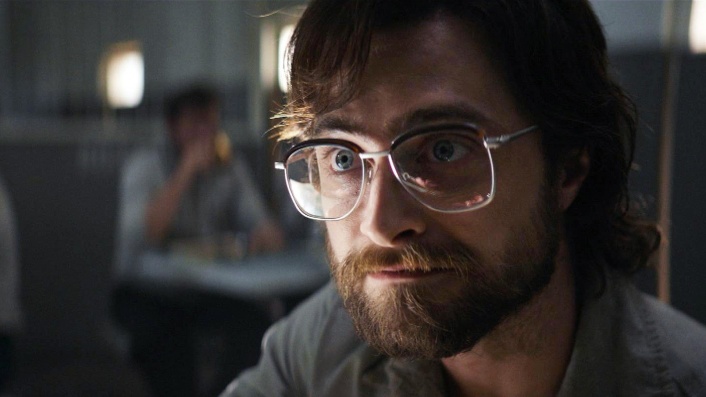 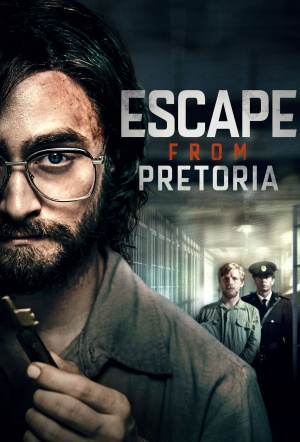 Daniel Radcliffe and Daniel Webber (Danger Close: The Battle of Long Tan) break out of Pretoria Prison in this thriller based on political prisoner Tim Jenkin's memoir.

Tim Jenkins (Radcliffe) and Stephen Lee (Webber) were among several white South Africans imprisoned during Apartheid on charges of "producing and distributing 18 different pamphlets on behalf of banned organisations", including the African National Congress.

It’s heartbreaking to watch, but sheds little light on who these men are and how they fit into the wider anti-apartheid struggle.

Francis Annan’s film is dogged by some dubious South African accents, too many caricatures and far too many shots of keys turning, not turning and breaking in locks ...

The pleasure here is in the fine detail, and Annan makes sure we feel every scrape of chisel on wood.

Director and co-writer Francis Annan breaks down each step to create well-paced suspense.

Despite an inherently cinematic story and some effective sequences, Escape From Pretoria struggles to transcend a clunky, one-dimensional script.

A solid, if familiar, genre film with a true-history backdrop.

Annan's film works effectively as a straight-up jailbreak thriller, well-oiled in greasy B-movie tradition. It's when it shoots for more historical import that it falls somewhat short.

I highly recommend this film to everyone but especially those who love biopics and prison thrillers. I think it's important for people to learn this piece of history.

It's the nervy camera, hugging the characters at hip height, the better to scrutinise each locked barrier to freedom, that most successfully builds the tension.

Annan knows how to grip, his story accelerating with a jittery rhythm, while Radcliffe's eternal earnestness fits the bill neatly.