A flawed film, but a near perfect, horror film 'experience'.

Lets get right down to business here. People are likely to go into the film expecting "The most terrifying film you will ever experience", as per the tagline. A risky and ambitious marketing ploy and one that will likely divide audiences once they see it. As long as you know that you are going in to this film for the "experience" part of that tagline (which is the absolute truth), you will probably be more satisfied. I have a few gripes with the film. The odd lack of character development here, a dodgy line of dialogue there, a fair few too many establishing shots when it isn't necessary and a slight disconnect from being a truly creepy film, but once the film builds momentum, you are in for one hell of a brutal, relentless and gleefully bloody experience that is made all the more greater by some very impressive and gorgeous cinematography (well done Aaron Morton). Evil Dead fans will love the many nods to the original and hardcore horror fans will be pleased to see a film really pushing the limits of the R-rating with a strong focus on making the characters suffer, including dismemberment, brutal violence and truckloads of blood that has likely taken the record for most blood ever used on film (sorry Braindead). It all leads to a very bloody end and you are left with a rather satisfied "experience". Just as long as you know what you are in for. 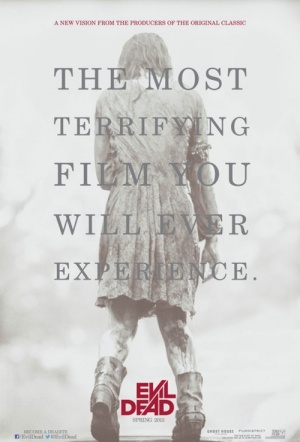