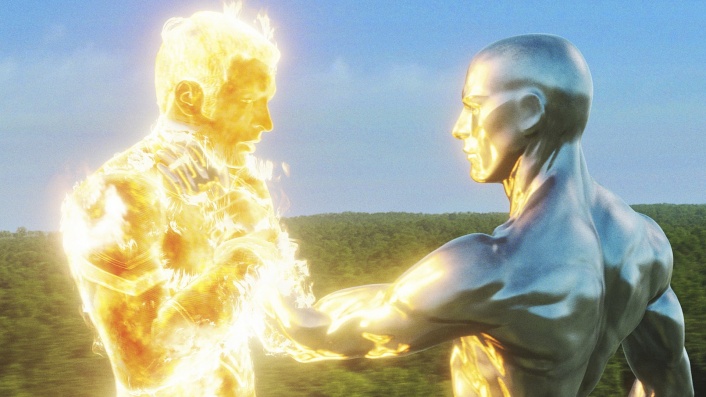 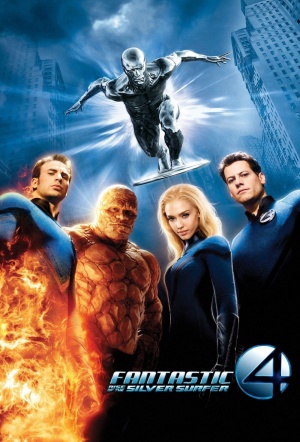 The Silver dude (animated by Wellington’s Weta Workshop) is sent from outta space by Galactus – a planet eating tyrant with his chops set on Earth. The fable of the Silver Surfer goes that, after a bit of time here, he finds humanity something worth saving. Because of the betrayal, Galactus dooms him to spend the rest of his life on Earth. Sequel also sees the return of F4’s nemesis, Doctor Doom (McMahon).
2007Rating: PG, contains low level violence90 minsUSA
ActionAdventureScience Fiction

At a time when tortured superheroes like Spider-Man, Superman and Batman would benefit from some serious psychotherapy, it's almost refreshing to see a comicbook caper as blithe, weightless and cheerfully dumb as Fantastic Four: Rise of the Silver Surfer...

As generic as a big screen adaptation of a comic book can be...

The last one was awful, one of the worst movies of its year, while the new one is a pleasure, one of the most enjoyable pictures of the season... the truth is, "Rise of the Silver Surfer" doesn't aspire to much. It just happens to have the three things it needs -- velocity, artistry and a pretty good story...

Earnest, gee-whiz and foursquare, this simple and intentionally inoffensive sequel gets points for being easy to take and scrupulously avoiding obvious sources of irritation...

A better-quality sequel, but that wasn't really too difficult. The original was one of the worst movies of 2005, and while "Rise" won't win any awards, it's (mostly) less offensive than its predecessor. Faint praise, but I'll be damned if I go any further than that...

Thankfully, this film excels at blowing stuff up. The sketchy characterisation and kiddie-friendly slapstick are ably papered over with dazzling set pieces of globe-skipping, landmark-bashing action...