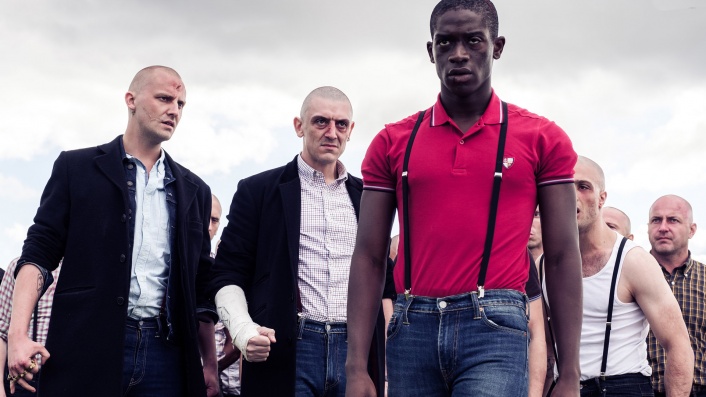 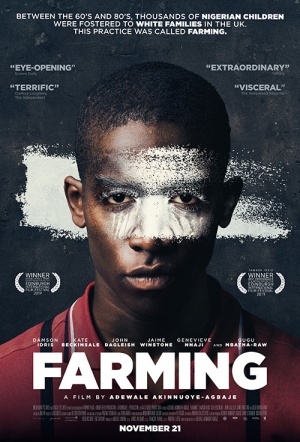 English-Nigerian actor Adewale Akinnuoye-Agbaje (Suicide Squad) writes and directs this autobiographical account of his adolescent years in a skinhead gang.

"Enitan's (Damson Idris) upbringing is a rollercoaster ride that ends up out of control. Living with a half-dozen other children in his new foster home, the young boy drifts off into a world of fantasy in an effort to cope but, of course, he is rudely awakened by reality. A brief move back to Nigeria, where he can't speak his parents' native tongue, offers no asylum. Sent back to England, he is desperate to fit in, to meet with society's approval. This takes him on the most mind-bending of trips during which he joins a white, Clockwork Orange–like skinhead gang led by a racist psychopath, and finds himself beating up on his own kind." (Toronto International Film Festival)

There are moments of artistic flair (including a Pass the Dutchie-scored attack) which will certainly stay with the viewer, they just needed to be combined with a less black-and-white approach to the material.

…contains memorable scenes and definitely, er, packs a punch, but it is marred by gauche directorial touches…

This modern British tale, Dickensian in its horror, stretches credibility to breaking point – until you realise it's autobiographical. Then the truth sinks in: someone really did live through this. They could have called it Hate, Actually.

Akinnuoye-Agbaje should be applauded for his bravery in expressing the true horror of his youth, but this important story may have appealed to a broader audience if it wasn't quite so blunt and confrontational.

[A] provocative if slightly plodding movie...

Dishearteningly, Enitan's transition from lost soul to a scholar and now an artist gets shoved into the final minutes left over after all the bleakness. Akinnuoye-Agbaje's admirable life story gets reduced to its most sensational chapter.

Farming touches on the alienated experience of fostering and the culture shock of going back to Nigeria.

Though the central performance is impressively raw Farming's uncompromising bleakness drowns out the fascinating story, making it a far tougher watch than it needs to be.

This is movie terrain that's land-mined with potential clichés, and 'Farming' definitely steps on a few.

The film is remarkable for its lack of self-pity, but it makes the experience of "Farming" a merciless one for the audience too.

Told with raw emotion and lurid violence, it transforms elements of his life story into a disturbing, eye-opening coming of age drama.

Farming is a great story ultimately defeated by its own unrelenting boorishness.