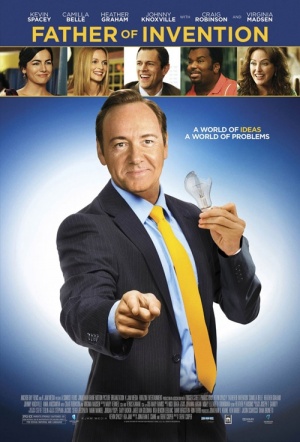 Comedy drama starring Kevin Spacey as an inventor and entrepreneur who hit it big and then lost everything when a flaw in the design of his exercise machine ended up crushing people's fingers.

Now out of prison, while trying to reconnect with his estranged daughter (Heather Graham, The Hangover) and working a dead end job at a mall, he dreams of inventing a second winning contraption that will rebuild his fortune. Johnny Knoxville (Jackass), John Stamos (Full House) and Craig Robinson (Pineapple Express) also star.