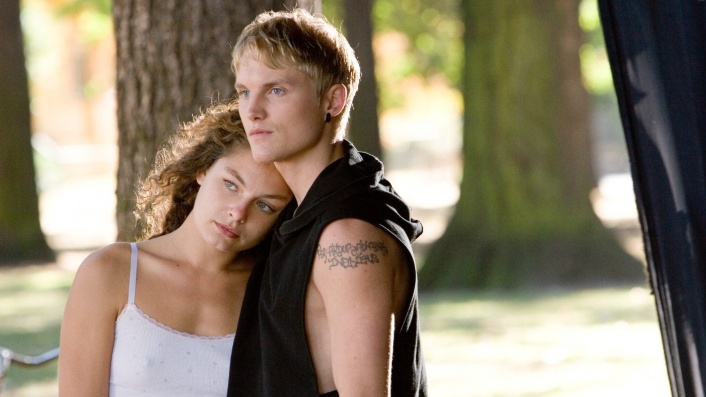 By filmmaker Robert Benton (Kramer vs Kramer). In a coffee shop in a tight-knit Oregon community, local professor Harry Stevenson (Morgan Freeman) witnesses love and attraction whipping up mischief among the town’s residents.

From the unlucky in love, die-hard romantic coffee shop owner Bradley (Greg Kinnear) who has a serial habit of looking for love in all the wrong places, including with his current wife Kathryn (Selma Blair); to the edgy real estate agent Diana (Radha Mitchell) who is caught up in an affair with a married man with whom she shares an ineffable connection; to the beautiful young newcomer Chloe who defies fate in romancing the troubled Oscar; to Harry himself, whose adoring wife is looking to break through his wall of grief after the wrenching loss of a beloved … they all intertwine into one remarkable story in which no one can escape being bent, broken, befuddled, delighted and ultimately redeemed by love’s inescapable spell.

For a film that purports to be an epic consideration of Love in Our Time, Feast is strikingly unthoughtful and uninterested in any but the most obvious kind of romantic love.

Feast of Love is the title of a bad soft-porn movie, and that's half of what this is - Days of Our Lives, with nudity and a nice soundtrack (Jeff Buckley's version of Hallelujah; a snatch of Falling Slowly); the other half is crappy philosophising that has as much conceptual pungency as a greeting card.

Love is a many-splendored thing in Robert Benton's dull romantic fantasy Feast of Love, though none of its splendors rings true.

The film, with its intersecting vignettes, might ultimately feel like more of a sampler platter than a sustaining smorgasbord, but it's effectively rooted in a lovely Morgan Freeman performance.

While Morgan Freeman is always enjoyable to watch and listen to, this movie needed to involve the audience more in the couples, rather than the coupling. This is two weddings and a funeral without the laughs.