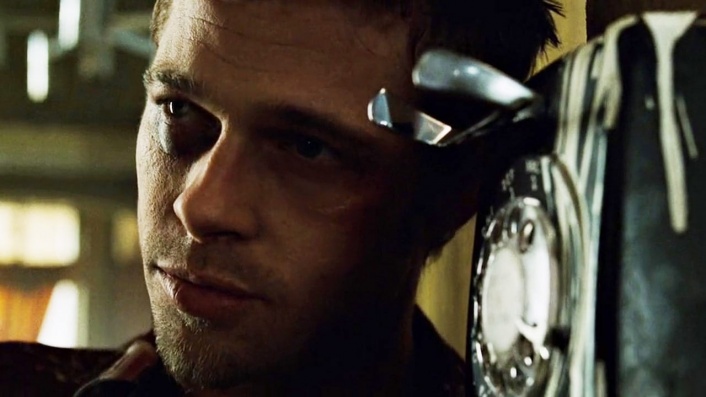 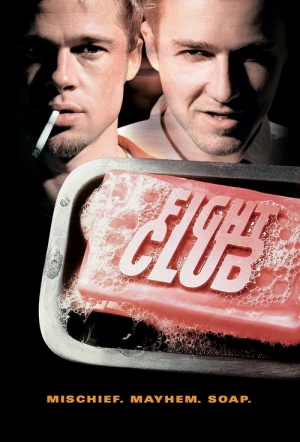 Adaptation of the Chuck Palahniuk novel, with the combined talents of Brad Pitt, Edward Norton and director David Fincher making for a full-throttle exploration of life in the late 1990s.

The film's narrator (Norton) attends support groups of all manner of addictions and ailments as a way to experience something within his unfeeling, commercial existence. On a business trip, he meets Tyler Durden (Pitt) who suggests a fight club - a place for men to meet and beat the hell out of each other, as a release for their aggressive tendencies.

But the second act is pandering and the third is trickery, and whatever Fincher thinks the message is, that's not what most audience members will get.

What's most troubling about this witless mishmash of whiny, infantile philosophizing and bone-crunching violence is the increasing realization that it actually thinks it's saying something of significance.