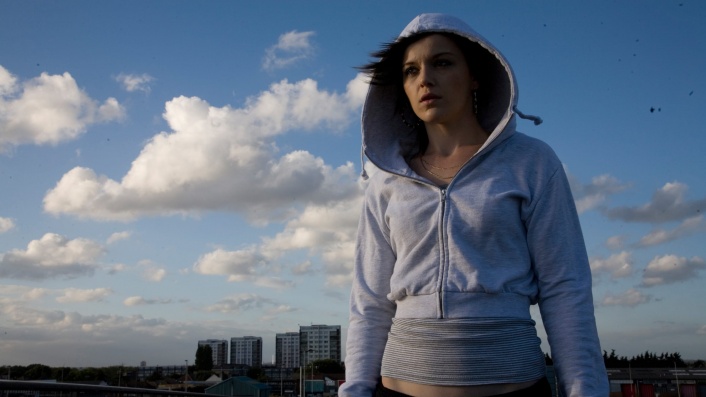 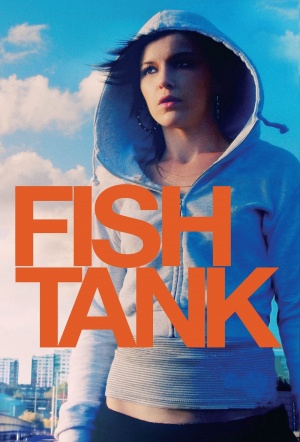 With Fish Tank in competition at Cannes last year writer/director Andrea Arnold clinched her place as the bright new hope of British cinema. Eschewing the narrative shocks of her earlier Red Road, she shows us the world through the eyes of a wild suburban teen.

Fifteen year-old Mia is growing up fast – and channeling a powerstation of pent-up frustration into bedroom dance breaks. Love and beauty exist in teasingly short supply for Mia, but men are beginning to pay attention and offer something like tenderness. Arnold coaxes a performance of startling, utterly credible emotion from Katie Jarvis, an instant screen star whom she famously discovered on an Essex train platform yelling at her boyfriend. In the best Mike Leigh/Ken Loach tradition, Mia lives in an estate on the city fringe with her single mum Joanne, played by Kierston Wareing (It’s a Free World) and her lippy little sister Tyler (scene-stealing Rebecca Griffiths). The remarkable chameleon Michael Fassbender (Hunger) is oh so plausible as the dramatic catalyst, Joanne’s latest boyfriend, handsome, charming and ominously eager to prove the perfect stepdad to the girls. (Source: World Cinema Showcase 2010)

This British film about a 15 year old girl on a council estate has had accolades hurled at it left, right and centre in the UK.