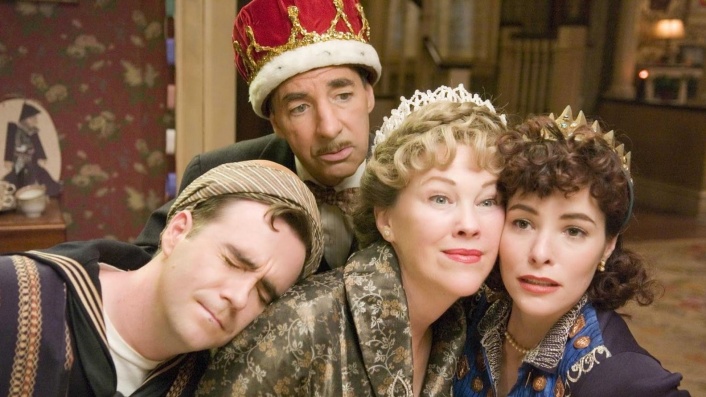 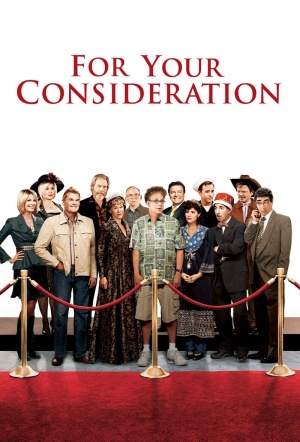 The mockumentary writing/directing team of Christopher Guest & Eugene Levy have dropped the technique for this comedy, after thrashing it out with such hits as 'Best In Show' & 'A Mighty Wind'. Though, their brand of humour & regular roster of improv comedians are preserved. 'For Your Consideration' follows a crew in production of a film who, during production, get swept up with awards fever as a buzz circulates around Hollywood of the film’s Oscar potential.

For Your Consideration / Reviews

Wisely abandoning the mockumentary approach they'd taken about as far as it could go, Guest and Levy have expanded their rep company of players and utilized an obviously larger budget to widen the net of their cultural satire in snugly cut narrative form. Crucially, they've preserved an anarchic, zinger-fueled wit that works chiefly because they continue to simultaneously embrace and condemn the cruel superficiality of their self-absorbed losers...

Funny? Yes. Revealing? No. By and large, the movie is content to offer amusing caricatures and leave it at that...

From the beginning, something doesn't feel quite right about their latest romp. The characters are sketchier, the situations more contrived and the laughs are fewer and far between...

The outrageously hilarious For Your Consideration was well worth the wait. Again delivered with comic precision by Guest's crack repertory company, his patented brand of parody takes affectionate but deadly aim at its awards buzz mania target and the results aren't just funny, they're face-hurting funny...

We expect oddball wit of a higher calibre from Guest and co., although their inherent, zany likeability means plenty of laughs...

True, Hollywood's not difficult to caricature, but For Your Consideration is more than willing to savage the hand that feeds it. Even the critics get a roasting, a hilarious spoof of Ebert & Roeper trumped only by Fred Willard's hideous TV presenter, a man so dumb he thinks subtitles are breaking news...