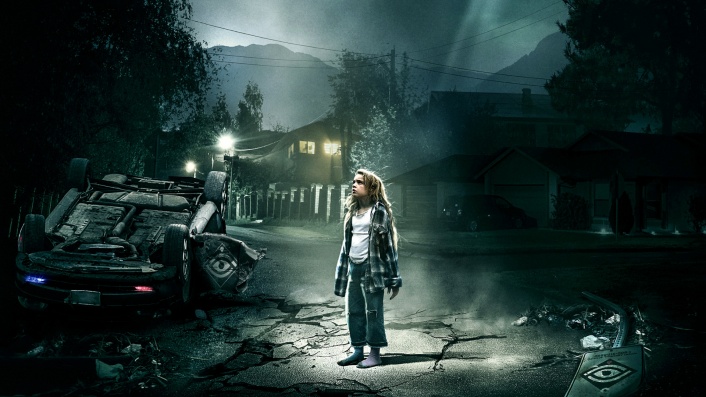 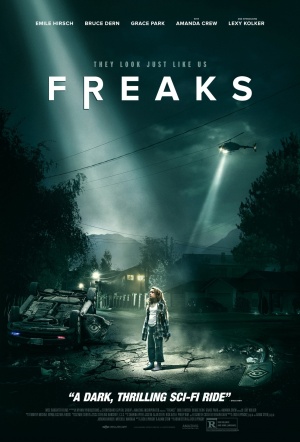 "Isolated and desperate to get outside and experience life beyond the crumbling walls of their dilapidated house, Chloe (Kolker) finally makes a break for it when her sleep-deprived father (Hirsch) drifts off. But the outside world isn't all she envisioned ... She's immediately met by a twitchy, oddly familiar ice-cream salesman (Dern) who gives off the wrong kind of vibes but entices Chloe onto his truck. He speeds off to the park and en route she's introduced to a strange world, haunted by the threat of freaks who look like us but are markedly different — and likely dangerous." (Toronto International Film Festival)

Its most effective trick, though, is to trap us all inside Chloe's head, presenting a child's-eye view of a world gone incomprehensibly mad.

It's watchable and intriguing stuff, yet also silly and inconsistent.

Nothing is less scary than a movie that makes no sense.

...an unexpected gem of a film, well-acted, well-written and well-shot, with timely themes and clever staging.

A tight yarn whose structural cleverness makes it easy to ignore the deeply familiar story at its core.

The film doesn't earn many points for originality, but writer-directors Zach Lipovsky and Adam B. Stein show just enough low-budget gusto to suggest that they might have a future as B-movie mavens.

[Kolker's] semi-improvised performance couldn't be any more authentic and she's well matched with Hirsch, drawing on his own parental experience, as her conflicted and overprotective father.

Young Lexy Kolker delivers unforgettable work, and the level of detail and emotion Lipovsky and Stein achieve suggests this isn't a pair to merely lean on a clever concept. They strive to make it mean something and in the case of Freaks they've succeeded.