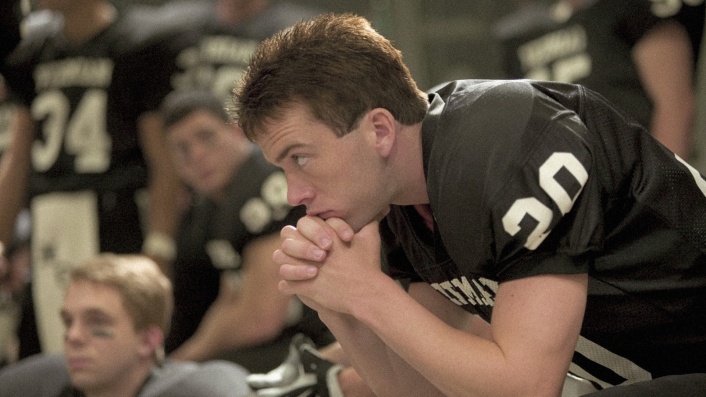 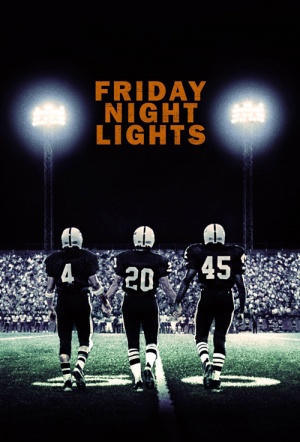 When the star tailback, Boobie Miles (Derek Luke), is seriously injured during the first game of the season, all hope is lost, and the town's dormant social problems begin to flare up. It is left to the inspiring abilities of new coach Gary Gaines (Thornton) to instill in the other team members - and, by proxy, the town itself - a sense of self-respect and honor.

Thornton is impeccably cast as the tough but understanding coach who may lose his temper on the field, but refrains from getting excessively preachy during his locker-room speeches. Luke shines in his role, as do the rest of the well-rounded team players.

Uplifting and troubling, partly because it is more honest than most sports movies about the high cost and short life span of high school football glory.

Chronicling the team’s 1988 season, the film is red meat for rabid football junkies. Berg (The Rundown) takes you so deep into the action, you can hear the bones crunch.

Directed by sometime actor Peter Berg through the framework of an earthy coming-of-age saga, the grunt 'n' buckle trade-offs of 'football' have never felt so profound.

Oddly enough, despite all these undertones, "Friday Night Lights" does also work like a traditional sports movie, and there's enormous tension and excitement at the end, when everything comes down to the last play in the state finals.