For those who even know of the original film you will be pleased to hear this is actually quite good fun. Sure, it doesn't have the great Roddy Mcdowall or Stephen Geoffreys' hilarious portrayal of the character Evil but what it does have is a strong cast of modern actors who are clearly enjoying themselves.
Colin Farrell and David Tennant are particularly in fine, hammy form and its refreshing to see Farrell in a less precious role for a change.
In terms of the story thankfully its not a complete rehash of the original rather an adaptation so should please those who feel their childhood may have been highjacked.
All in all an enjoyable film and a refreshing horror flick in the recent trend of slasher/gore style horrors that have been on offer. 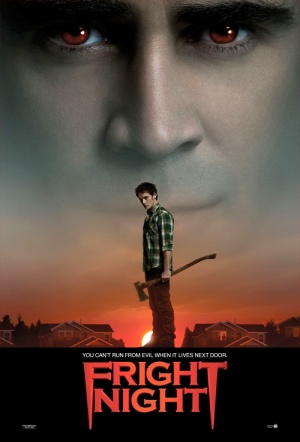