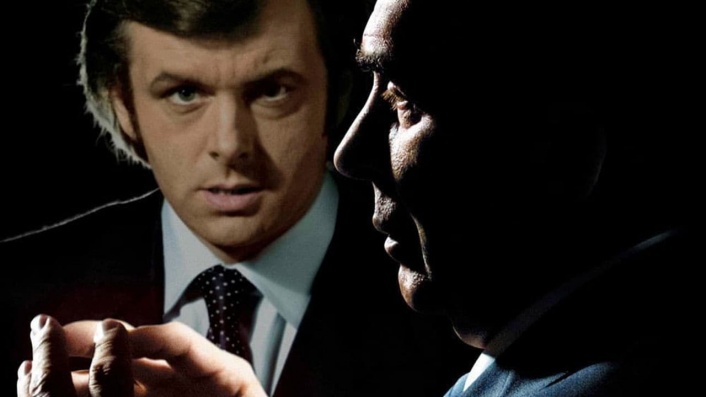 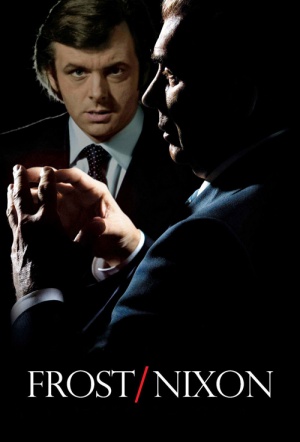 Sir David Frost is a British TV broadcaster famed both for his no-holds-barred political interviews and for presenting a popular lighthearted quiz show called Through The Keyhole. Thankfully, this Ron Howard (Da Vinci Code, Cinderella Man) drama focuses on the former aspect of his career, dramatising his most significant scoop - when he coaxed a tacit admission of guilt out of former US President Richard Nixon, following the 1970s Watergate scandal which rocked American politics.

The film is an adaptation of the West End/Broadway stage play by Peter Morgan, and the original actors have retained the lead roles for the film - Frank Langella (Good Night, And Good Luck) plays Nixon, while Michael Sheen (who played Tony Blair in The Queen) takes on the role of interrogator Frost.

Frost/Nixon exceeded my modest expectations. I had anticipated one of those 60’s/70’s period dramas, which are all period, no drama. You know the ones – they’ve got the faux-jazz soundtracks, the ‘groovy’ camera angles and the lukewarm humour. But this is something better.

Frank Langella's meticulous performance will generate the sort of attention that will attract serious filmgoers.

Stories of lost crowns lend themselves to drama, but not necessarily audience-pleasing entertainments, which may explain why Frost/Nixon registers as such a soothing, agreeably amusing experience, more palliative than purgative.

Morgan finds the right elements of action and character through which to make history leap off the page.

A totally mesmerizing battle of the wills between the occasionally charming yet wily Nixon and the increasingly desperate Frost.

Interesting but bloodless adaptation of a hit play.

The result is involving, engrossing cinema -- more thrilling, in fact, than Howard's "The Da Vinci Code" -- filmmaking of a type rarely seen anymore and sorely missed.

Fails to add anything of substance to the history that it portrays.