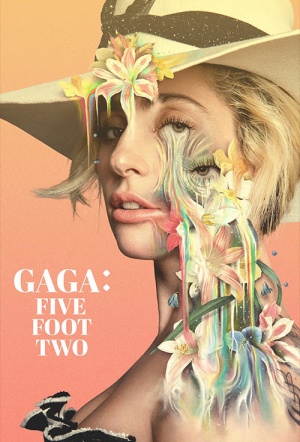 Documentary following pop provocateur Lady Gaga as she releases a new album and prepares for her Super Bowl halftime show.

Lady Gaga offers a vulnerable look of her life during one of the most pivotal periods in her career yet. Directed by Emmy-nominated filmmaker Chris Moukarbel (Banksy Does New York), the film is shot in the style of cinema verité, giving viewers unfiltered, behind-the-scenes access as Gaga spends time with close friends and family members, records and releases her 2016 album Joanne and, deals with personal struggles over an eight-month period.

Gaga radiates a potent energy - she's intensely funny and aware, and so unabashedly focused on herself that, like Madonna back in the day, that's simply who she is and who we want her to be.

This is certainly an entertaining-enough watch, even for those without much rooting interest in Gaga.

The film's message is empowering but its subtext is more fascinating, as Gaga puts her take-charge philosophy to use.