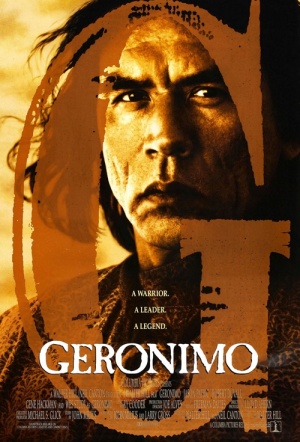 Betrayed by the Army’s General George Crook (Hackman), Geronimo leads a small band of warriors in their escape. Pursued by a principled officer (Jason Patric), a grizzled Army scout (Robert Duvall), and a gung-ho West Point graduate (Damon), Geronimo attempts to out manoeuvre his would be captors with military strategy, and reclaiming the stolen land.