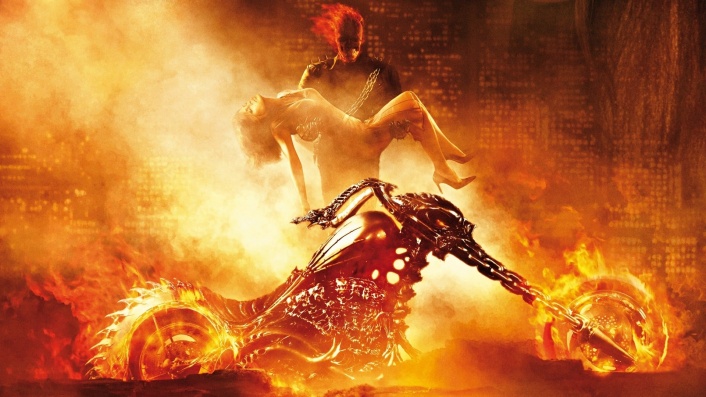 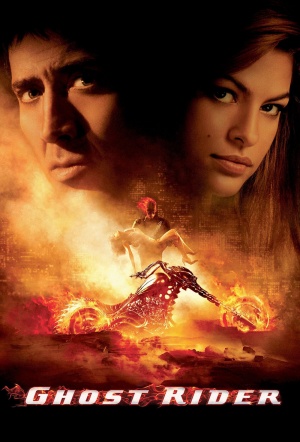 Despite the release-date having been delayed by six months, the director having three names, and critics giving overwhelming bad reviews, fans propelled it to No 1 at the US box office upon release.

Placed alongside such primetime Sony/Marvel Comics movies as the "Spider-Man" franchise, "Ghost Rider" is strictly matinee material. Though the superhero's fans have long awaited his close-up, the Devil's bounty hunter -- complete with a burning skull for a head and a killer motorcycle in flames --materializes in a movie that never measures up to his infernal potential...

The real evil in this flick isn't Blackheart (Wes Bentley), the devil's son, it's the soul-sucking devil of modern cinema: Hollywood formula...

It's entertaining to watch ol' hothead do his thing with his fiery chain and his "penance stare," but for a comic book with a rebel spirit, the adaptation feels obediently conventional...

All of [Cages's] natural charisma is unable to compensate for the plodding narrative and thin characterizations...

As a film on its own, Ghost Rider isn't amazing, but it is definitely a decent popcorn flick. As an entry into the superhero genre, Ghost Rider is only a couple notches above the "X-Men: The Last Stand"...

A blockbuster that offers enough quirky pleasures to feel fresh and unpredictable...

The Ghost Rider is one of the more aggressively Catholic superheros in the Marvel stable. Cut from the same vigilante cloth as The Punisher - leather, not spandex - he rides around on a flaming motorcycle dispensing rough justice to the scum of the streets. Though entertaining enough in comic form, he's basically silly on the big screen due to the unavoidable on-fire-ness of his head...