Aaron Yap does justice in his review to summise this film as a character study.
Gloria reveals the flaws in human nature and in relationships. It is an engaging and sometimes gritty portrayal of a woman who is all too often abandoned emotionally and physically: by her family, Rudolfo and nearly herself...but her mana resurfaces by the end.
Gloria defies what we could expect a "typical 58 year old single woman" to behave like...she is not sitting at home watching Coronation Street and sipping tea...she is in fact a woman behaving badly, taking risks and enjoying her own sexuality. This is an emergent stereotype that may be indicative of the times we live in as people experience break-ups at all ages and stages in their lives. This film explores one woman's experience.
The trailer for this film on this website is very misleading though...do not go along to this film expecting to laugh as it has been wrongly categorised in the comedy genre, but is definitely more of a drama. Not wholly satisfying enough to rate with 5 stars but is worth viewing. 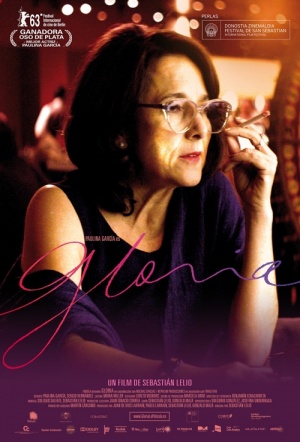