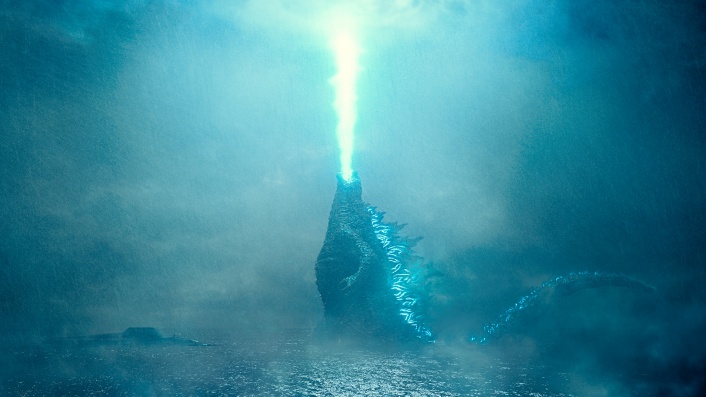 All the Toho Monsters Represent

If you've found yourself in Taupo with 3 hours to fill before your bus home, then hoo boy is this the only thing screening at the Starlight Cinema till then.
I was strangely impressed Michael Daughert had assembled the cast from last time with the Toho films monsterverse together on screen for my afternoon out of the cold & wind.
Whereas Godizilla (2014) Served as a metaphor for the approaching SJW movement, this time around the theme is climate change and humankind's looming extinction. It had lotsa pretty neato moments but the action is shot in such a colour corrected swirly blue fashion - add the blockbuster soundtrack - that by the third act final monster fight in Boston, I was pretty much exhausted and just rooting for the end credits. Kyle Chandler acted his butt off but couldn't save the flavorless script. There where some absolute clunker 'joke-liners' and 'applause breaks' moments - Imagine something like "say nigh' night, you 3 headed douchebag dragon" but only far less gritty.
!!!!!! SPOILERS !!!!!! Mothra dies ...I nearly teared up at that point but quickly checked myself. 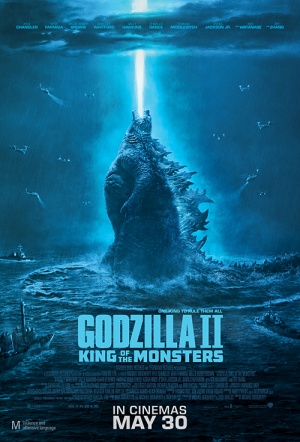 Godzilla II: King of the Monsters