The new Godzilla reboot is a hugely entertaining and spectacular blockbuster epic. The story focuses more on the human characters than the monster himself. Godzilla stars a talented group of actors. Bryan Cranston's small amount of screen time is disappointing, but his performance is excellent as Joe Brody, the scientist ignored after warning everyone that a giant dinosaur will rise from the ocean and send mankind back to the stone age. Aaron-Taylor Johnson's character Ford Brody, the military soldier fighting to kill the beasts destroying the world, is rather conventional but a good protagonist nonetheless. Godzilla has been criticized for not having enough Godzilla. There's a satisfying amount of Godzilla in the movie. Too much would make the action less rewarding. Godzilla is a thrilling cinematic experience worth the extra for 3D. 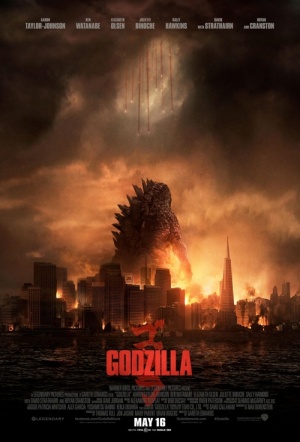