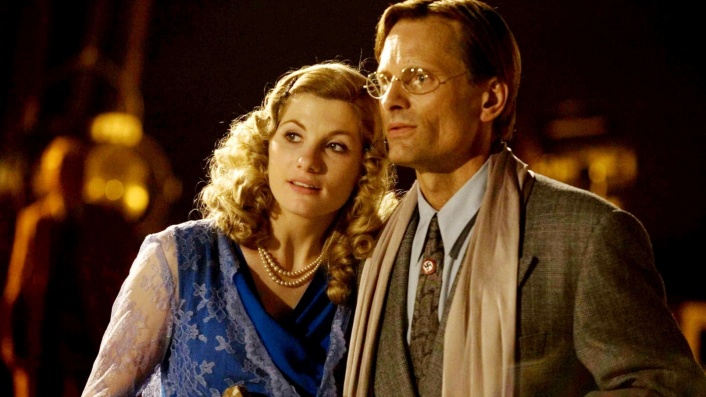 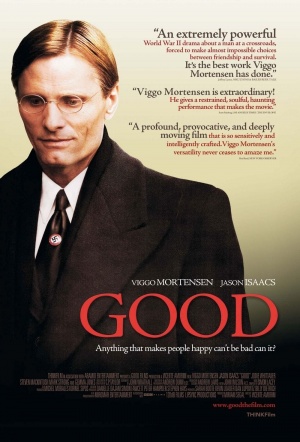 A pre-WW2 drama charting the inexorable rise of the Nazis in Germany, and an intellectual German everyman who becomes seduced by an SS paycheck. More

Viggo Mortensen plays John Halder. Halder is decent individual with family problems – a neurotic wife, two demanding children and a mother suffering from senile dementia. A German literature professor in the 1930s, he explores his personal circumstances in a novel advocating compassionate euthanasia. When the book is unexpectedly enlisted by powerful political figures in support of government propaganda, Halder finds his career rising. Yet with Halder’s change in fortune, his seemingly inconsequential decisions potentially jeopardize the people in his life.

Considering its theme and setting, there's something very wrong with a Good that seems merely competent, uninspired and a bit old-hat.

Good’s attempts to diagnose the cancerous spread of Nazi influence through Germany’s population in the mid-’30s is laudable, but despite Mortensen’s stoic talents Halder is just too hollow a character for this to be anything other than a vapid parable.

It's a pitiful ending to a story that wants to be a parable about how the well-spoken end up doing the unspeakable, but ends up being that most remarkable of things, an utterly forgettable Holocaust film.

Regrettably, the long-delayed adaptation from director Vicente Amorim and screenwriter John Wrathall gets crushed by the weight of trying to be something more; it's really just the story of a rather ordinary but disappointing man. The filmmakers reach for metaphor and allegory, but it comes at the expense of an emotional connection.

Paced deliberately in a way that reinforces the tragedy of evil flourishing when good men do nothing, Good may find boxoffice returns slow to build but the film's aim is true and patient audiences will be well rewarded.

A strong cast and good starting material doesn't manage to save this unsuccessful adaptation.

Good is available to stream in New Zealand now on Google Play.