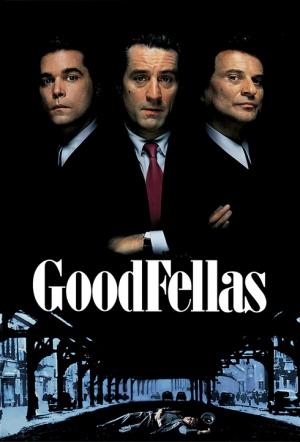 From voiceover to macho black humour, freeze frames to intricate camera movement, every cinematic technique available is blended to create an intoxicating viewing experience that draws on the entire history of the movie gangster. Liotta delivered a career-best performance as Hill, Pesci deservedly won an Oscar for his portrayal of one of the most fearsome psychopaths ever and De Niro was De Niro. The soundtrack is infectious and the story itself riveting, featuring both classic gangster pay-offs and original re-workings of those standard tropes.

Joe Pesci's psycho killer Tommy steals the limelight, but repeated viewing lets you appreciate just how good everybody else is too. New members of Scorsese's gang (Lorraine Bracco, Paul Sorvino) slip into character seamlessly, while Ray Liotta (in only his sixth film) will never be this superb again.

No finer film has ever been made about organized crime - not even "The Godfather."

A tour de force that brilliantly evokes both the seductive glamour and moral degradation of organised crime.