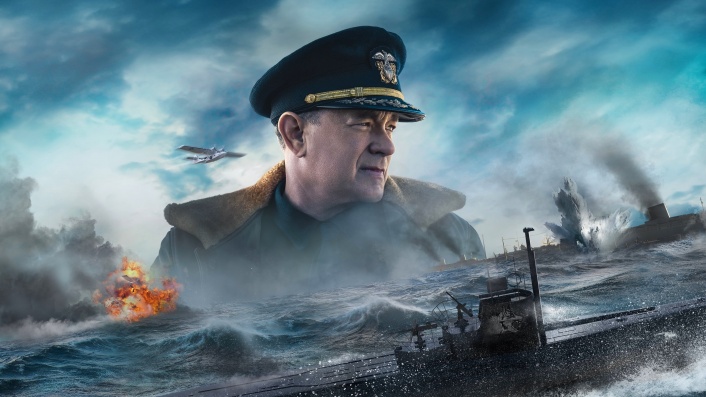 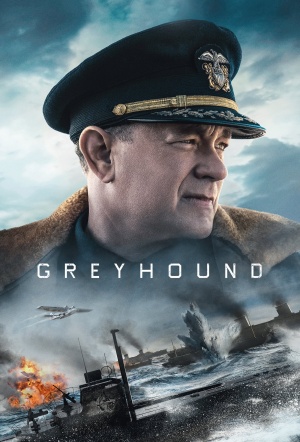 Tom Hanks writes, produces and stars (as fictional US naval commander Krause) in this WWII drama based on C.S. Forester's The Good Shepherd. More

Commander Ernest Krause, captain of the fictional US Navy Mahan-class destroyer USS Keeling, is tasked with escorting an international convoy across the North Atlantic while being hotly pursued by German U-Boats.

Unfortunately, what makes some scenes in the film work so well, the somewhat claustrophobic confines of the Keeling’s bridge, becomes increasingly familiar, and Schneider’s work outside it is somewhat split between concisely framing the skirmishes and looking, well, a bit cheap for a $50 million dollar movie. Despite premiering on Apple TV+, Greyhound was intended for theatrical release, but definitely plays more like a made-for-streaming effort than a mid-priced studio pic, and it’s Hanks and Hanks alone that earns the film a 3-star rating.

It’s a tonic to watch a feature film that wants to entertain you with drama and heroism and does it with professionalism and a bit of polish.

A terse and streamlined dad movie that’s shorter than a Sunday afternoon nap and just as exciting, Greyhound bobs across the screen like a nuanced character study that’s been entombed in a 2,000-ton iron casket and set adrift over the Atlantic.

Where previous wartime productions that Hanks helped spearhead had the grit, suspense, and complex characterization that defines great modern drama, Greyhound is a stripped-down touring production with an unexpectedly recognizable lead. It’s a serviceable way to spend 90 minutes, but serviceable isn’t saying much.

A serious, well-intentioned slice of WWII naval history full of compelling detail and good action but lacking the dimensions and dynamics to make you truly feel it.

As well as death and tragedy, war is full of absurdity, indignity, chaos, all sorts of bizarre and embarrassing things that don’t get mentioned in the official record. Greyhound is content with its keynote of sombre reverence.

While The Greyhound pays great attention to detail and feels authentic, especially in the claustrophobic and intense scenes in the bowels of the ship, the battle sequences that look like something straight out of a video game dominate the movie...

Greyhound is a taut action thriller that exerts a sustained grip.

The movie maps its course by Hanks' steady hand: A ship moving swiftly and with sure purpose — compelled by death and danger, but safe in the certainty of history. Greyhound is available to stream in New Zealand now on Apple TV+.