Hannah and Her Sisters 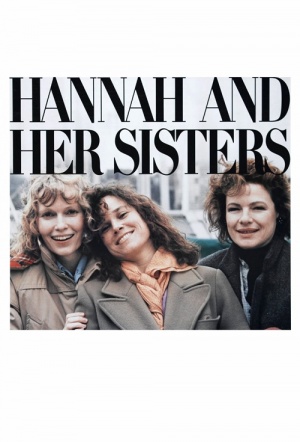 Hannah and Her Sisters / Reviews

One of Woody Allen's great films. Indeed, he makes nary a misstep from beginning to end in charting the amorous affiliations of three sisters and their men over a two-year period.

The film weaves a rich Chekhovian mix, full of wry insights into the fragility of human emotions.

It is an articulate, literate film, full of humanity and perception about its sometimes less-than-loveable characters.

A dramatic comedy not quite like any other, and one that sets new standards for Mr. Allen as well as for all American movie makers.

Caine's performance, so fervent, so agonisingly dedicated, actually gains in force and touching sincerity with the years.

Allen's writing and directing style is so strong and assured in this film that the actual filmmaking itself becomes a narrative voice, just as we sense Henry James behind all of his novels, or William Faulkner or Iris Murdoch behind theirs.

Perfection is boring, but boring is the very last word to describe Hannah and Her Sisters, which just may be a perfect movie.

A highly intelligent and witty comedy with a magical script and perfect portrayls of well rounded characters.