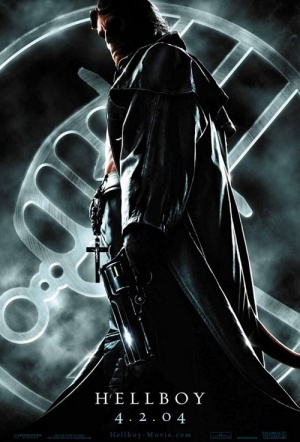 In 1944 the Allies destroyed an interdimensional portal opened by the Nazis and Russian mystic Grigori Rasputin, narrowly averting the apocalypse. A small demon child - Hellboy - crossed over into our reality before the portal was sealed, and after being raised by a British occult expert now protects humanity as part of the Bureau of Paranormal Research and Defense. When Rasputin is resurrected, it's up to Hellboy, his amphibious partner Abe Sapien and Liz Sherman (the object of Hellboy's affections)  to stop Rasputin completing his plan to bring about the end of the world.