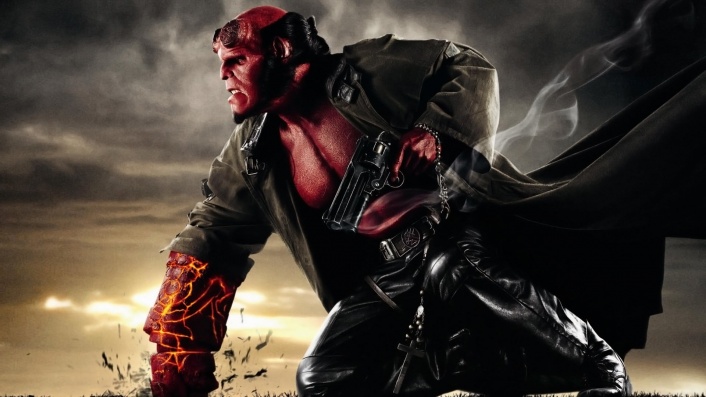 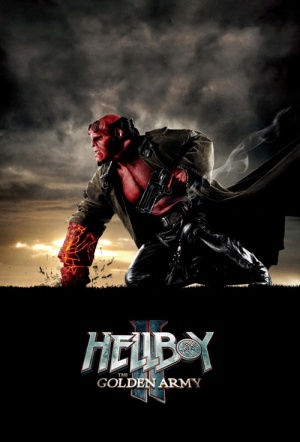 Guillermo Del Toro (Pan's Labyrinth) revisits Mike Mignola's comic book creation, bringing his extensive visual imagination and a love of the macabre to the tale. Hellboy (Ron Perlman) is a demon that, after being summoned by and then rescued from the Nazis in WW2, shaved off his horns and grew up to become a defender against the forces of darkness. He works at the Bureau for Paranormal Research and Defence, alongside amphibious comrade Abe Sapien (former mime, Doug Jones) and pyrokinetic girlfriend Liz Sherman (Selma Blair).

Just as fellow 2008 blockbuster The Dark Knight improved on its predecessor, Hellboy II manages to expand on what was great about the original without having to set up central characters or create a universe from scratch. As such, the sequel explodes from the get go, balancing humour, heart and action to create a hugely fun fantasy extravaganza.

If the film is just as strange and endearing as its glowing protagonist -- and it is -- that's because the director and co-writer (with Mignola) is Guillermo del Toro, 43, who has the wildest imagination and grandest ambitions of anybody in modern movies.

The whole affair is pulpy, jokey, sometimes touching and frequently nonsensical: a big mess and, mostly, a lot of fun.

The wickedly wacky Mexican director proves that and much, much more in his astoundingly good follow-up to 2004's highly original - but underrated - Hellboy.

A surprise package of fun, fright and untamed imagination.

As much Tolkien's baby as Mignola's, this has more heart and humour than most fantasy films can dream of. Hellaciously good.

Hellboy II smacks you in the face with such a rare sense of surprise, awe and original spectacle that any qualms about possible overindulgence are swept away.