Hello, My Name is Doris 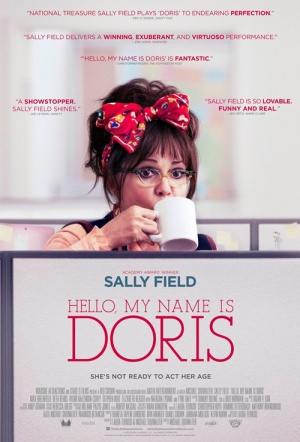 "After the death of her mother, Doris becomes motivated by a self-help seminar to romantically pursue a younger coworker at a hip Brooklyn clothing company. As she finds ways to connect with John (going to an electronica concert, hanging out in hipster coffee shops), her authentic retro style thrusts her into the spotlight of the local hipster social scene and she soon gets caught up in the world of chocolate bar haikus and rooftop knitting clubs. But her other relationships suffer as a result of her new found popularity and Doris has to realise that what she wants isn't necessarily what she needs." (SXSW)

Hello, My Name is Doris / Reviews

Despite some bumpy tonal shifts and inconsistencies of characterization, impresses as a humanely amusing and occasionally poignant dramedy.

A confused, half-likeable attempt to empathize with retirement-age loneliness.